Mella Frewen, Director General of FoodDrinkEurope, was a special guest at the presentation/introduction of "Food Drink Bulgaria" 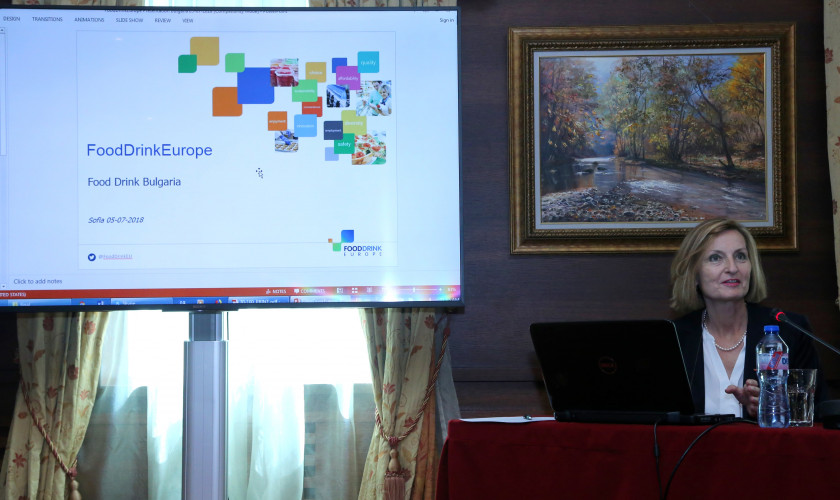 FoodDrinkEurope represents the interests of its members before the European institutions on key topics such as food safety, nutrition and health, environmental protection, competitiveness, consumer confidence. More than 700 experts work within the structure of the Association to help shape the industry's position on key issues.

At the press conference, the Director General of the Association Mella Frewen stated that it is very important that such an Association is established in Bulgaria, because it is crucial to see that all companies work together.
In addition to this, the interests of the companies operating on the territory of Bulgaria will be presented to our European partners and their voice will be heard.

According to Frewen, one of the problems to be solved is the use of plastics, which is becoming an increasingly important issue for both consumers and manufacturers. Frewen also adressed the necessety to work towards plastic not being  disposable but recycling.

Mella Frewen also touched upon some of the controversial issues on the European market. "One of them is the fragmentation of the market in Europe. In Italy and France, for example, there is a law on the label, from which it is clear what the origin of the meat or milk is. This violates the rules and the freedom of the single market. In other countries, they impose taxes on certain goods."

During her visit to Bulgaria, Mrs. Frewen was a special guest in the bTV’s morning program "This Morning" (bTV is the most influential TV in Bulgaria). "The dual standard of food does not necessarily mean double quality" - she responded to the current issue of food and drink quality within the EU.